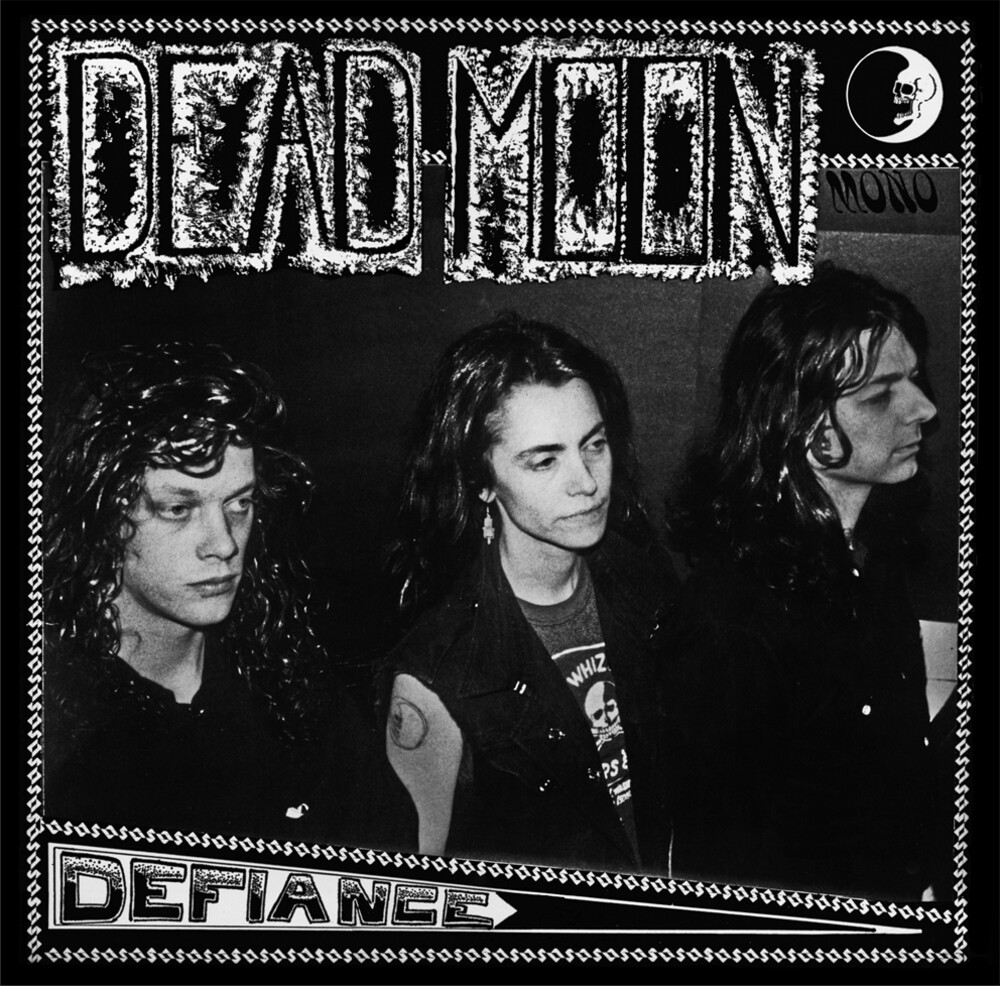 Available worldwide for the first time ever on compact disc, M'lady's is extremely excited to announce the reissue of DEAD MOON's classic album from 1990, "Defiance". Highly sought by rock 'n' roll maniacs around the globe for it's breathtaking songwriting and attitude, it's also the third release in M'lady's 2014 reissue series documenting many different timeless albums issued by Fred & Toody Cole (also of the Rats and Pierced Arrows).This is the album that's got "Johnny's Got a Gun", "Dagger Moon", "Walking On My Grave", "Dagger Moon", and another half-dozen classics beloved by Dead Moon enthusiasts. For the uninitiated, DEAD MOON come on almost like a hybrid of the most exciting elements of Love, AC/DC, the Weeds, and the Elevators. No joke. The group are also famous for operating extremely DIY, down to the recording and mastering of their albums (famously cut on the very same lathe that cut "Louie Louie" by the Kingsmen!). This is also the first Dead Moon LP we ever heard over here at M'lady's HQ, and it forever remains our private favorite."Defiance" was reissued on LP by our comrades at the estimable Mississippi Records in 2011, and we've teamed up with them to get this compact disc edition out to you, the bedroom rebel, the night time revolutionary, the romantic with a wake of destruction in your path. Also highly recommended for everyone with a beating heart and two ears.
back to top