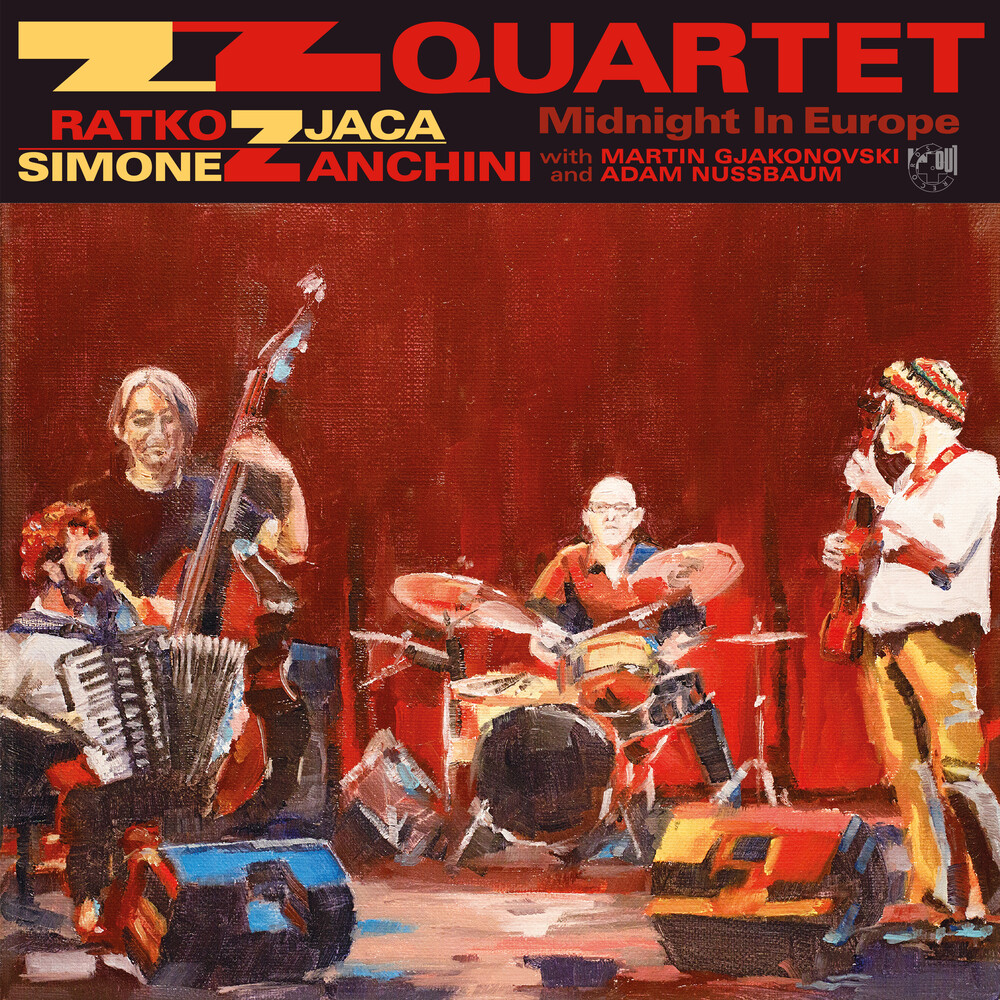 The 1st Live Album, artist signed & limited to 999 copies! 'Limited Audiophile Signature Edition' 180 Gram Virgin VinylThis 3rd outing by the ZZ Quartet, co-led by guitarist Ratko Zjaca and accordionist Simone Zanchini, finds the intrepid improvisers and virtuosos on their respective instruments stretching and exploring in separate live settings last year.Recorded in pre-pandemic times at the Milestone Jazz Club in Piacenza and at the Cantina Bentivoglio during the 2019 Bologna Jazz Festival, 'Midnight in Europe' finds Zjaca and Zanchini taking liberties with some of their own tunes they had previously recorded on two previous studio recordings, 2010's 'The Way We Talk' and 2013's 'Beyond the Lines.' The two also played together on Zanchini's 2015 album 'Don't Try This Anywhere', the accordionist's tribute to the late tenor sax great Michael Brecker.Accompanied by bassist Martin Gjakonovski, a native of Macedonia now living in Bergisch Gladbach near Cologne, and Zjaca's longtime collaborator, American drummer Adam Nussbaum, whose wealth of credits include touring and recording with saxophonist Brecker, guitarists John Scofield and John Abercrombie, and legendary bandleader Gil Evans. Zjaca and Zanchini present an eclectic set of music that organically blends aspects of jazz, classical, folkloric, world music and rock, with just a touch of humor along the way from the fertile imaginations of these stellar improvisors.'We call this musical theater,' said Zjaca of the group's eclectic approach. 'We want to be open for any ideas, any sound. We like rock music, we like jazz, avantgarde music, swing, everything. We don't want to be in a cage just playing one particular groove or style or sound. You can hear that there are a lot of different directions that we are going in. We're not afraid to play a simple swing tune and then we will go to the really open territories. That's what we like to do. We like going out of our comfort zones.'