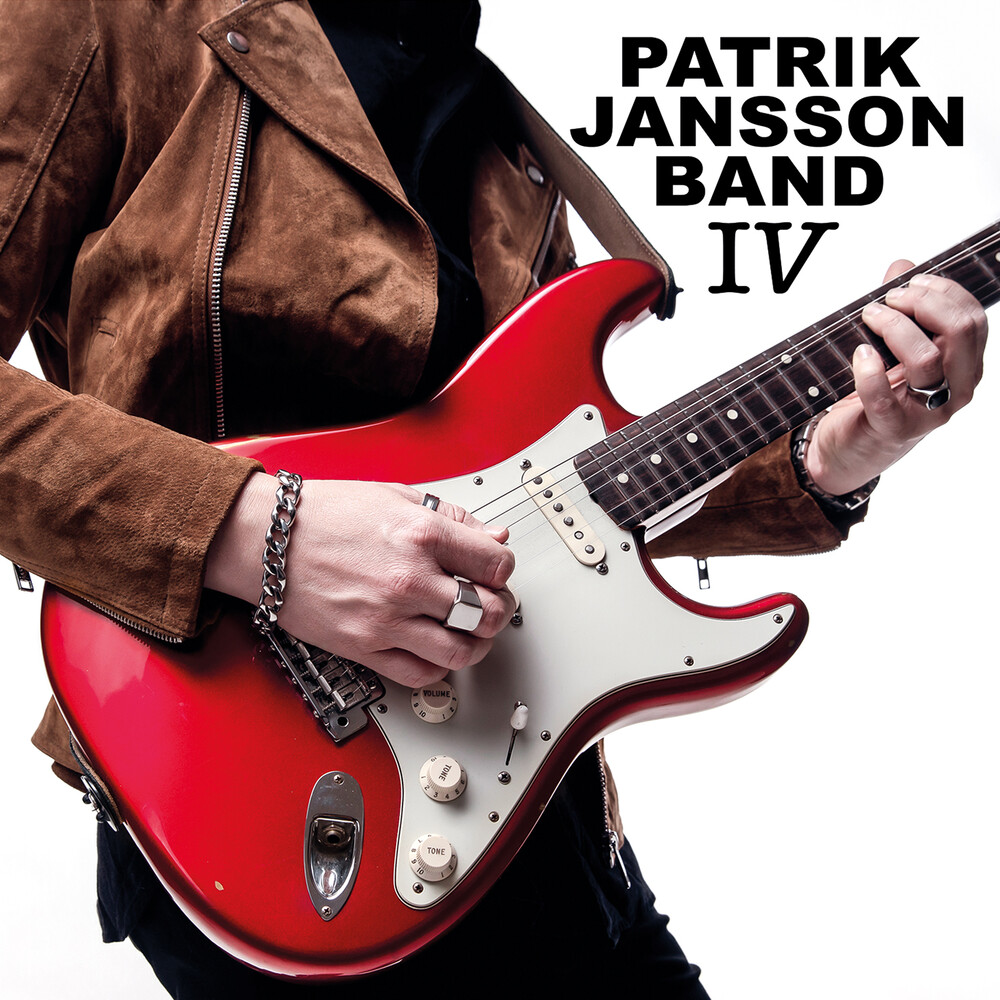 After three critically acclaimed albums, several European tours and festivals appearances, including one at the Grolsch Blues Festival which was recorded and broadcasted nationwide by the German radio, the Swedish quartet Patrik Jansson Band is back with yet another killer blues album of high quality blues & blues-rock simply titeled IV. Once again the focus has been on great song writing with melodies and arrangements that captures the listener, but this time the band has taken a more scaled down approach to the arrangements with no horn or string sections and fewer overdubs. The goal was to make a more live sounding album like the classic heavy blues albums of Albert King and Buddy Guy but mixed with influences of contemporary blues masters like Joe Bonamassa, Walter Tout, Jeff Healey, Robben Ford and Gary Moore. The result is a music feast for fans of electric blues, blues-rock, Chicago blues & heavy contemporary blues. Patrik Jansson once again shows he is a gifted composer and he's guitar playing and singing is more prominent and soulful than ever. The new keyboard player Lars Eriksson gets lots of space to shine with his jazz and blues background, giving the album a sophisticated touch and the foundation of bass and drums by Thomas Andersson and Martin Forsstedt is as groovy, playful and solid as ever and you can tell that they like playing together. Among the many highlights of the album is the opening track "She Ain't Gonna Come Back Any More", a suggestive low intensity burner in the style of Albert King where the band takes the song through some surprising dynamic changes. There is also the beautiful blues ballad "Love Will Find A Way" where Lars gets a chance to really stretch out on the piano, and following the tradition there is also an instrumental on this album as well in the form of "She Said What?", a playful uptempo shuffle. For fans of blues-rock there is "A Love Like Yours", a funkyfied, hi-energy medium shuffle and "Play Me The Blues" is a loving celebration to classic Chicago blues. In short IV have some thing for every one who enjoys great blues music or great music in general.